Dodgers are men of world in win over Angels

Dodgers shortstop Chin-lung Hu hangs onto the ball for the out at second base despite getting upended by Angels first baseman Casey Kotchman in the fourth inning on Saturday.

South Korea's Chan Ho Park, Taiwan's Hong-Chih Kuo and Japan's Takashi Saito combine for eight-hitter and DeWitt homers as L.A. gets rare victory at Angel Stadium.
By Mike DiGiovanna, Los Angeles Times Staff Writer
May 18, 2008
A Dodgers public relations official came into the Angels clubhouse Saturday afternoon looking for a game ball to give to Dodgers owner Frank McCourt, who wanted a memento from a 6-3 interleague victory that turned into an international event.

It is believed to be the first time in major league history that pitchers from three different Asian countries appeared in the same game for the same team.

"The chances are, it's going to happen again," Dodgers Manager Joe Torre said. "But it definitely wasn't by design."

What ever is with the Dodgers these days? Torre has juggled his lineup virtually every day in an effort to find some combination that clicks, and Park was the third different starter Torre has used in the fifth spot of the rotation.

Park, a long reliever who hadn't started since April 30, 2007, with the New York Mets, didn't get the win, but he gave the Dodgers a chance to win despite needing 82 pitches to get through four innings on a steamy, 98-degree afternoon.

After giving up a leadoff double to Garret Anderson in the second inning, Park struck out two of the next three batters to escape the jam.

He took a 4-0 lead into the fourth, thanks to Blake DeWitt's two-run homer in the second and run-scoring singles by Andre Ethier and Russell Martin in the third, hits that helped send Angels right-hander Ervin Santana (6-1) to his first loss.

The Angels capitalized on a Dodgers error to score twice in the fourth, as first baseman James Loney threw Casey Kotchman's potential double-play grounder into left field, but Park got Erick Aybar to ground to second with the bases loaded, ending the inning.

"He did a great job," Torre said of Park. "That one inning, he had to get too many outs. We gave them too many opportunities. I'm just glad we were able to hold it together."

Kuo, who had three starts in the fifth spot, relieved Park to start the fifth and gave up three hits, struck out four and walked none over the next four innings to gain the victory and improve to 3-1.

"That was huge," Torre said. "First off, you don't have to go down to that bullpen and keep guys warming up all the time. . . . When he throws strikes with the stuff he has, he's going to get a lot of people out."

The Dodgers added insurance runs in the seventh, when Juan Pierre raced home while Martin was caught in a rundown between first and second, and the eighth, when DeWitt, who'd missed the previous two games because of a sore back, doubled with two outs and scored on Luis Maza's single.

That enabled Saito to easily absorb pinch-hitter Juan Rivera's double and Aybar's RBI single in the ninth, as the Dodgers won for only the second time in 10 games at Angel Stadium since 2005.

"It feels good," said Pierre, who scored twice. "I know we got swept here last year. [Santana] is having a pretty good year, and the way we battled . . . we didn't necessarily beat them with the long ball, but we just scrapped our way to a victory."

"We got behind early and needed one hit to get back in the game, but we didn't get it," Angels Manager Mike Scioscia said. "Right now, we're in a bit of a lull. We're not driving the ball, and when we set the table, we're not getting the situational hitting.

"We need consistency. We need to get the first or second guy on base in each inning. We need to push the envelope. We need to right this thing offensively, and we will." 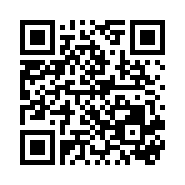