Olympic Spirit is an officially sanctioned programme of the International Olympic Committee. A number of initiatives are underway in Canada (Vancouver hosts the 2010 Olympic Winter Games), Beijing (host of the 2008 Olympic Games), London (host of the 2012 Olympic Games), Japan, Asia, the Middle East, Europe and the Americas.

Its mission is "to build a peaceful and better world in the Olympic Spirit which requires mutual understanding with a spirit of friendship, solidarity and fair play - Olympic Spirit strives to inspire and motivate the youth of the world to be the best they can be through educational and entertaining interactive challenges. Olympic Spirit seeks to instill and develop the values and ideals of Olympism in those who visit and to promote tolerance and understanding in these increasingly troubled time in which we live, to make our world a more peaceful place."

Olympic Spirit "will give Olympic athletes and sports much higher profiles and the increased attention they deserve... People - young and old alike - will be able to experience the sports and the intensity of the competitions personally through interactive exhibits and demonstrations [giving] everyone attending a sincere appreciation for what the athletes experience - and endure. The Canadian Olympic Committee is thrilled to be part of such a fun, exciting and dynamic project." 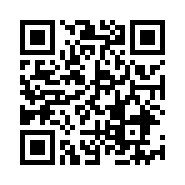